“command 2” command takes systematically longer to run when “command 1” is run before it. The following plot shows the execution time of 1+1 as a function of the loop index i, averaged over 100 runs.

Execution of 1+1 is 30 times slower when preceded by subprocess.Popen. 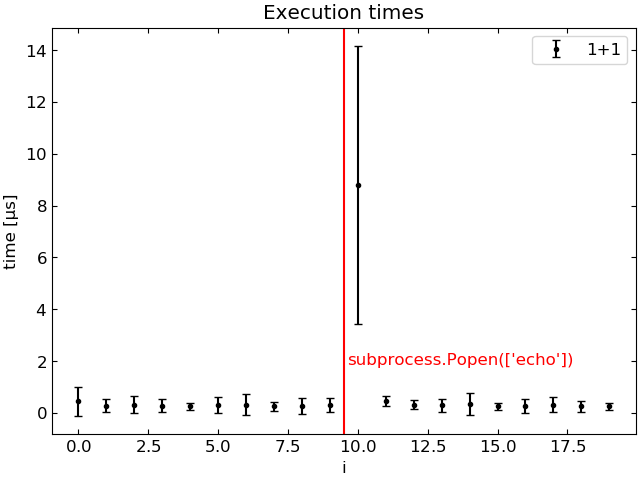 It gets even weirder. One may think that only the first command run after subprocess.Popen() is affected, but it is not the case. The following loop shows that all commands in the current loop iteration are affected. But the subsequent loops iterations seem to be mostly OK.

Here’s a plot of the execution times for this loop, average over 100 runs: 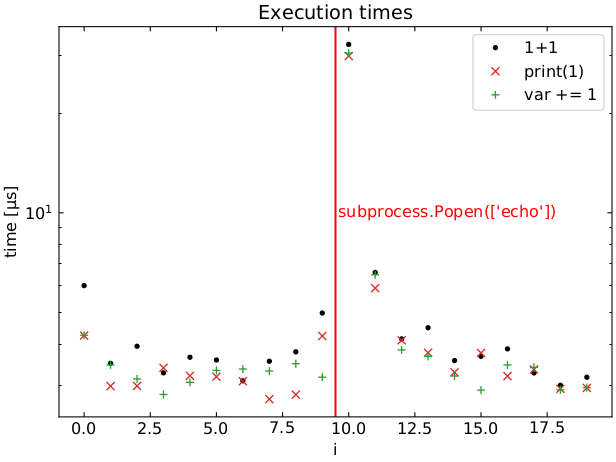 Question: What may cause this effect, and why does it affect only the current loop iteration?

I suspect that it could be related to context switching, but this doesn’t seem to explain why a whole loop iteration would affected. If context switching is indeed the cause, why do some commands trigger it while others don’t?

the perflib package can be used to extract more detailed CPU level stats about the state of the cache — i.e. the number of hits/misses.

I get ~5 times the LIBPERF_COUNT_HW_CACHE_MISSES counter after the Popen() call: