Google Chrome 38 introduced the new “Device Mode & Mobile Emulation” functionality in devtools. In addition to choosing a device for emulation, it is also possible to emulate different network conditions:

Optimizing your site’s performance under varying network conditions is
a key aspect of developing for a mobile audience.

Device mode’s network conditioning allows you to test your site on a
variety of network connections, including Edge, 3G, and even offline.
Select a connection from the preset dropdown to apply network
throttling and latency manipulation.

For example, we can set it to be like in good old days – GPRS 50 Kbps: 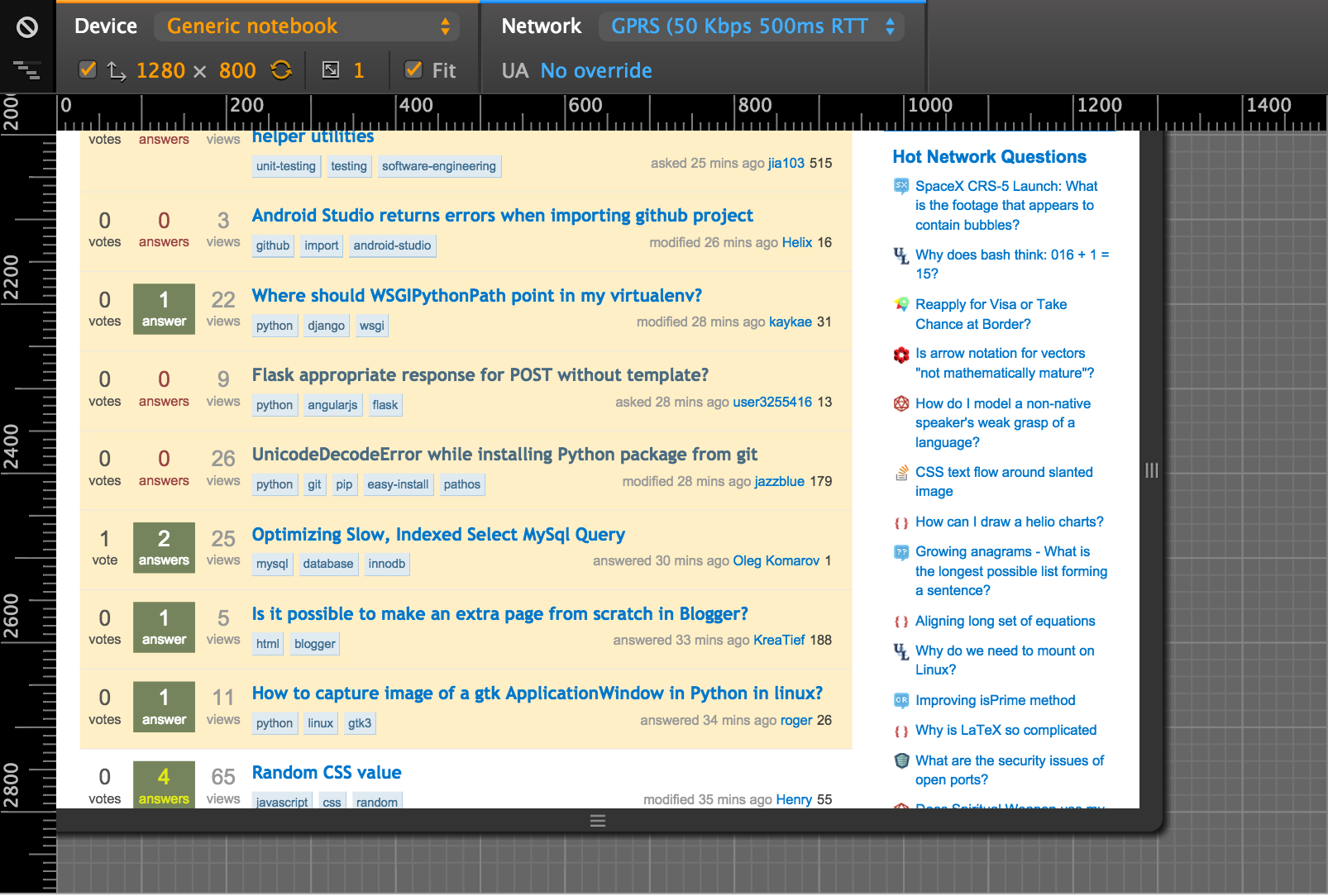 Now we have a good use case for it – we have an internal application for network speed testing. And this new emulation functionality is very helpful for manual testing. But, we’d like to automate it.

Is it possible to start chrome via selenium with specified network conditions? Is it something that can be controlled through chrome preferences or command-line arguments?

There are certainly multiple options to simulate slow internet connection, but the question is specifically about chrome+selenium.

The API to control network emulation were added to ChromeDriver. And should be available for quite a while now. According to comment in the linked issue you should use version at least 2.26 because of some bugfix.

According to Selenium changelog bindings are available for these languages:

If you need these binding in other languages you should probably open issue/contribute implementation similar to one of the above.

Example usage from Python is below: