UPDATE:
Use structs and not classes. Struct is better in many ways has got an initializer of its own.

This is my model class. Is it possible to create the init method automatically? Everytime I have to initialize all the variables one by one and it costs a lot of time.

I want self.id = id and other variables to initialize automatically.

You can refactor (right-click mouse menu) to generate the memberwise initializer for class and struct.

Note that struct automatic initializers are internal. You may want to generate memberwise initializer when defining a module to make it public. 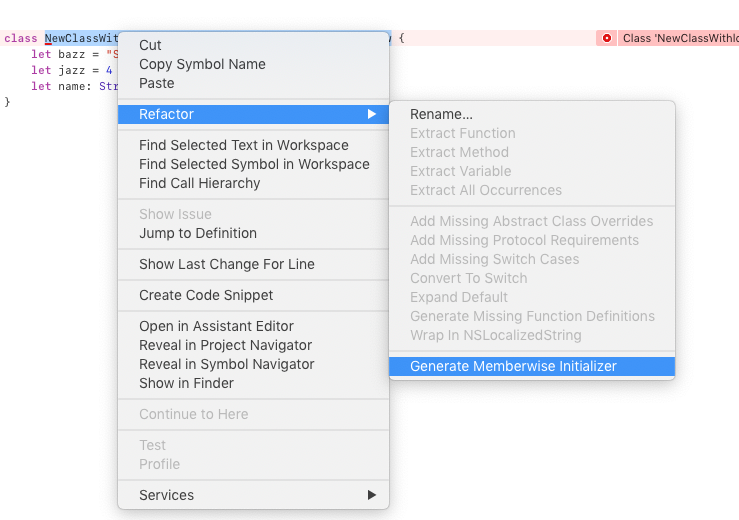 There are handy plugins: