I’ve started trying out new ASP.NET Core 2 for building an MVC Web App, and it looks good so far…

Except that when I create Views from my controller actions, ReSharper creates them in a Pages folder, rather than the Views folder (where I generally like to keep my Views 😉 )

ReSharper doesn’t behave this way for regular ASP.NET Web Apps (not core), it puts the views in the correct view folder, so this looks to be to do with Core / Core 2.

What is resharper using to decide where to create the view?

How can I change this behavior so that it creates the views in the traditional location?

I think this is a bug in Resharper and I’m suspecting it might be related to the new Razor Pages Apps .net core 2 team just released.

So, perhaps it would be better for you to fill an issue on Reshaper’s Bug Tracking System.

However, I’ve managed to setup a workaround. I’m sharing the steps here, just in case you need to fix this ASAP and when JetBrains fixes the issue – if it finally is an issue 🙂 – you can remove this patch. 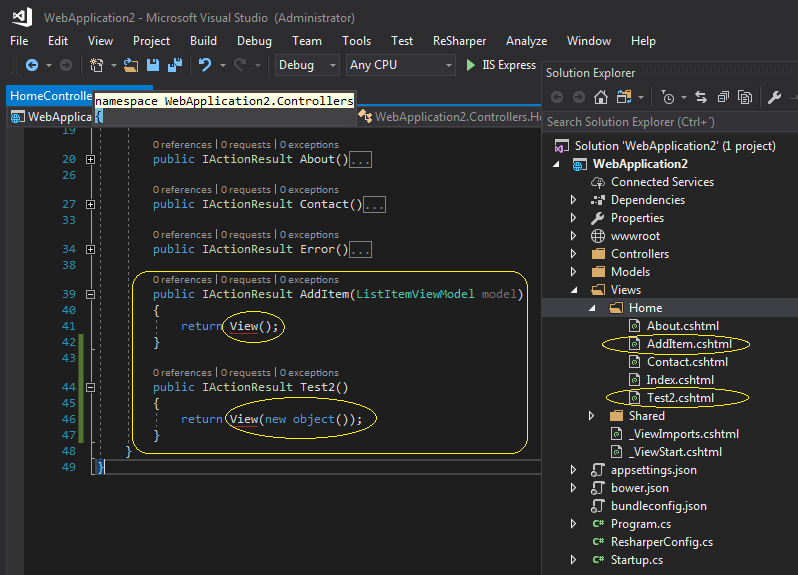