Pretty new to creating frameworks with SPM dependencies. So I made a new framework project, added some of my classes/files as well as a SPM dependency (CocoaLumberjack logger). Framework compiles fine.

When I look for my framework product that I’m planning on embedding into some other project I see that it is in my Products folder. Alongside with it I see CocoaLumberjack module. Inside of my framework there is not much beside the exec file.

When I try to embed my framework into some other projects. Nothing compiles because it says that CocoaLumberjack module is missing.

Does anyone know how to fix this? Am I missing an important step or soemthing?

Well, there are numerous isses you could have faced during importing framework itself. It also depends if you use framework as binary or source code. I assume you were using source code approach as you are the creator of framework. You can however check all approaches here: in this SO question . Lets look at all the steps you need to implement in order to successfully use framework with SPM dependencies in your swift project.

I also added TestPrinter file containing simple function for creating error declared in my SPM package. This function servers only for checking that everything is working properly and will be user later. It is also declared public. 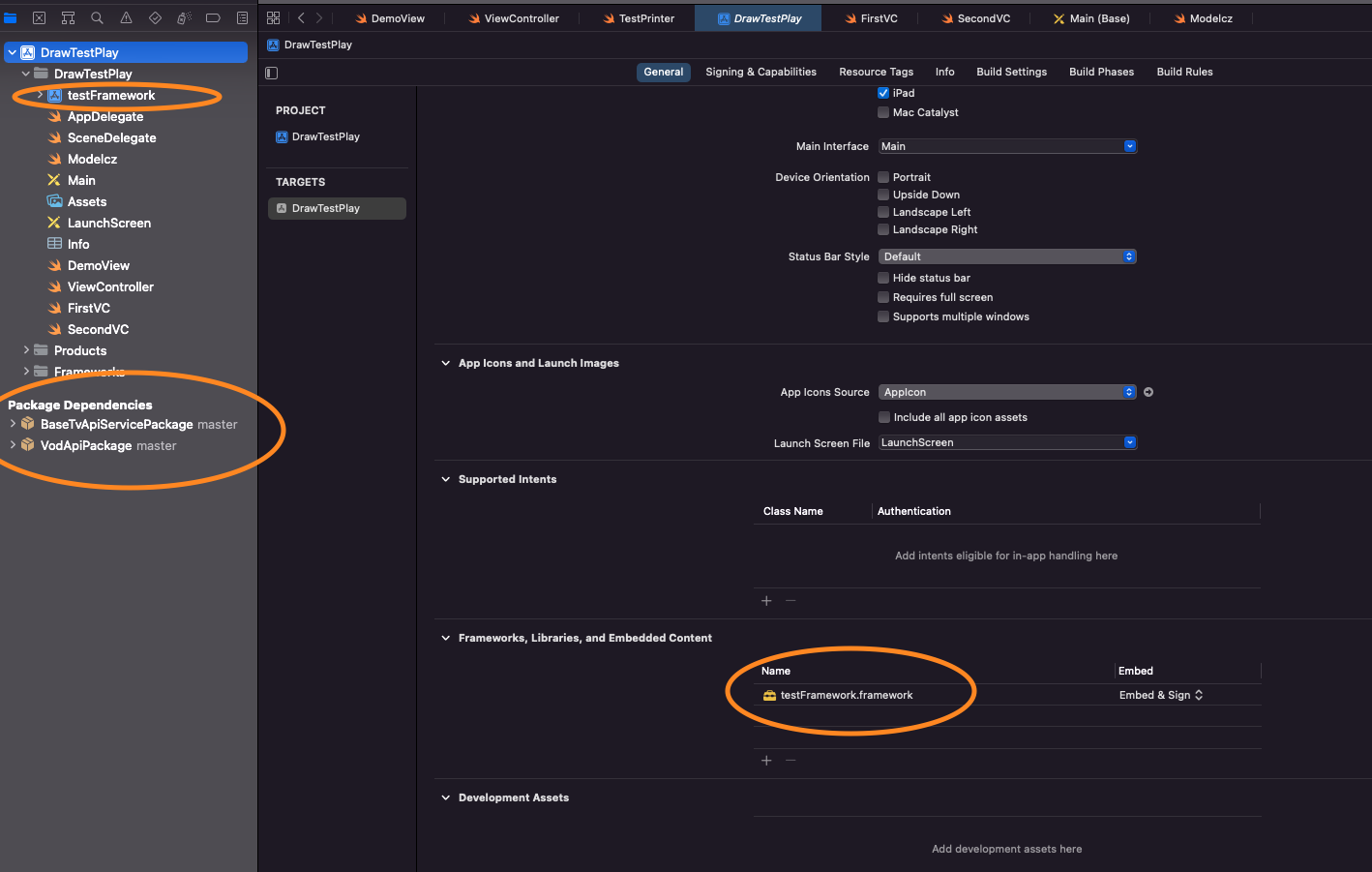